The 14th INTERPRAEVENT Congress will be hosted at Radisson Blu Royal Hotel, which is situated next to Bryggen, the city’s historic wharf area – one of Norway’s most popular attractions and a UNESCO World Heritage site. Bryggen is a testament to Bergen’s important role as a port during the days of the Hanseatic League’s trade empire.

The hotel sits next to a charming row of traditional,colorful wooden buildings lining the old pier, with beautiful views over the marina. 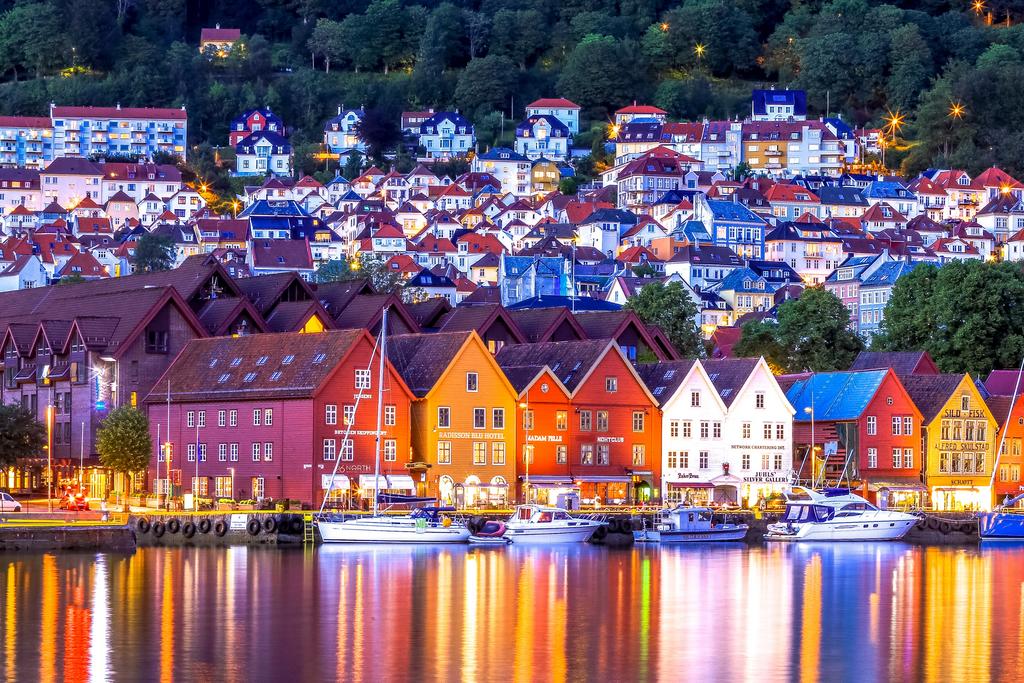 How to get to the Congress Venue
Located in Bergen city center, the Radisson Blu Royal Hotel places you within easy walking distance of some of the city’s most charming attractions. From the Railway Station (Bergen Jernbanestasjon) you can walk five minutes to Stadsporten and take bus no. 3 to Dreggsalmenningen.

If you are coming from the airport with the City Light Rail (bybane) you can walk two minutes and take the bus from Festplassen to Bryggen with bus no. 3, 4, 5, 6 and 83. Read more about bus timetable here.